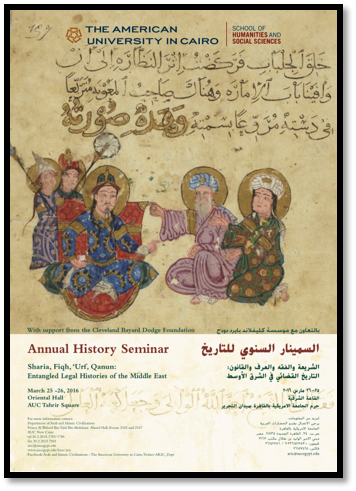 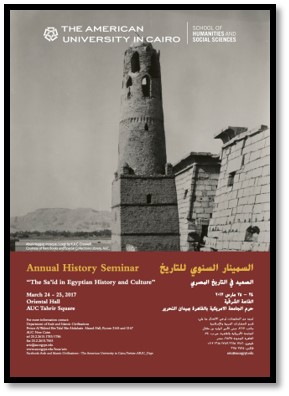 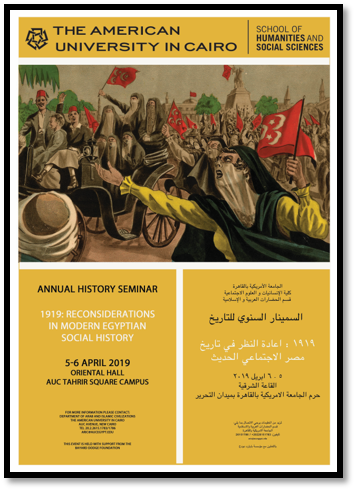 The Annual History Seminar started in the early nineties on a small and informal scale within our department and aimed at our own students.  Eventually, it expanded and targeted young historians from the national universities in Egypt. It has since then become one of the cultural landmarks of Cairo, and a forum for young scholars to meet for exciting intellectual and social exchanges. Over the years it has provided a generation of young scholars opportunities to broaden their intellectual horizons and benefit from presenting their work before a supportive audience. The Seminar encourages multi-disciplinary approaches to the study of Egyptian and Arab history and has focused on novel readings and revisions of social, economic and cultural histories.

The Seminar has established a reputation among the scholarly community in Cairo and provides an opportunity for a wide spectrum of Egyptian scholars, young and established, to interact with the university and sometimes with international scholars. It works as a mechanism for integrating AUC in the local intellectual context and creating a bridge with other universities. It is thus a tradition worth nurturing in the coming phase of AUC’s growth and especially as the university seeks to raise its research profile in the Middle East.

Previous sessions have focused on the following topics: