Intended to serve as a forum for learning and dialogue within the AUC community and beyond, Khamasin responds to a desire voiced by both students and faculty to encourage a community of exchange at the departmental and school levels and to reach out to a larger readership on contemporary issues of social and political importance. 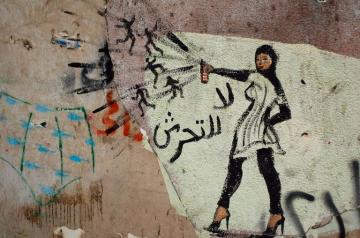 This edition of the journal took as its point of departure and inspiration the grassroots feminist burst of activity in the past several years in Egypt. Women and girls have taken to social media to highlight issues ranging from street harassment and assault to domestic violence, marital rape, gang rape, seeking legal and public action. The visibility of these stories has forced a national conversation that has long been denied. In this issue of Khamasin authors cover a range of topics from colonial legacies and the politics of curly hair, to violence against women in Algeria and Egypt. But the articles also explore those spaces and pockets of resistance and change from grassroots movements to online spaces of dialogue across the Middle East from Egypt to Iran. 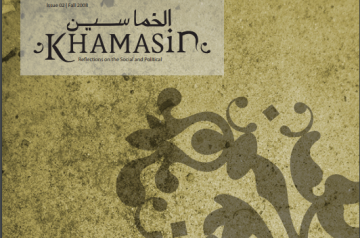 Khamasin has previous issues of the journal since 2007.

Khamasin welcomes submissions from undergraduate and graduate students universities in Egypt and beyond from various disciplines relating to political science and/or broadly concerned with the Middle East and North Africa.

Submissions should contain both original research and analysis and are subject to a blind peer-review process that maintains the anonymity of authors and reviewers.