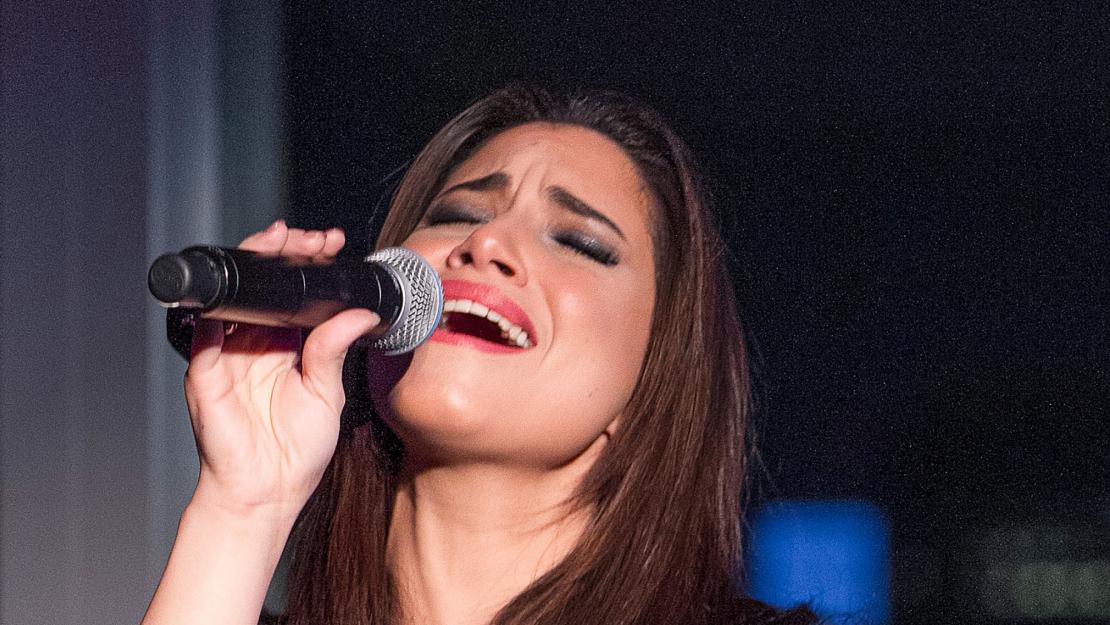 Nesma Mahgoub solidified her stardom after winning the eighth season of Star Academy Arabia in 2011. Mahgoub has a successful singing and teaching career, voicing Elsa in the Arabic dub of Disney’s Frozen and teaching in the Department of the Arts at AUC. Journalism major Mahgoub, who started singing at the age of 10, is currently directing the AUC Pop Ensemble, which performs a range of genres including pop, rock, and gospel. Mahgoub sings in a variety of languages, including Arabic, English, Italian, German, Latin, French, and Hindi. Her singing genres include opera (soprano), jazz, pop, musical and Oriental. She was named Best Female Youth Singer by the Middle East Music Awards. She is currently the musical director of CineMania and working on her original songs.