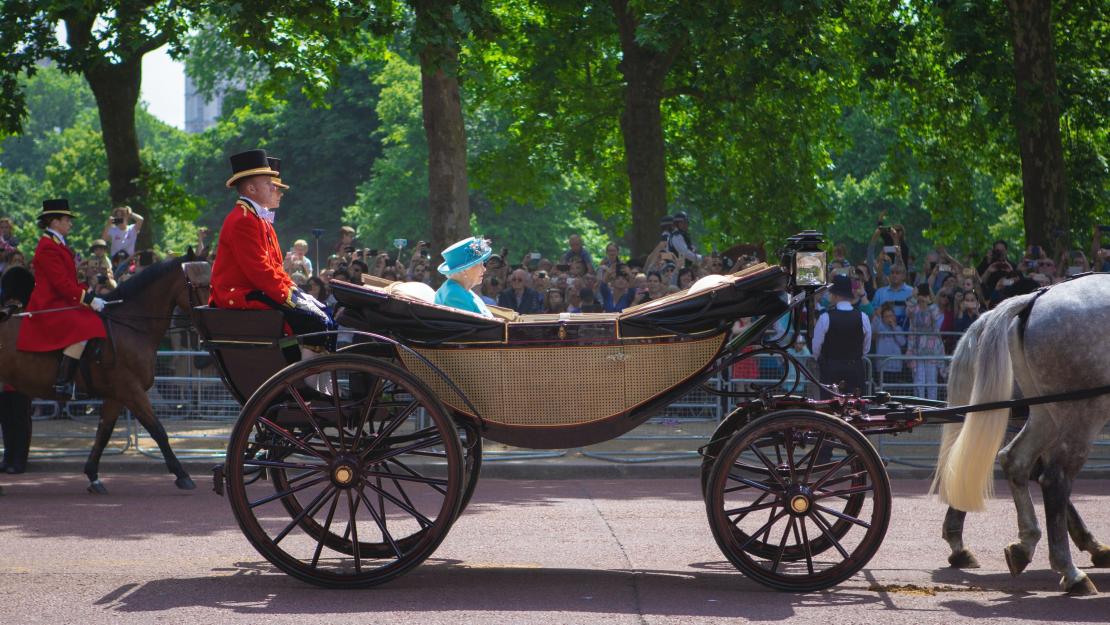 Photo by Mark De Jong on Unsplash
By
Abigail Flynn

After 70 years of maintaining the British monarchy’s non-political status, the death of Queen Elizabeth II has raised concerns over how the transfer of power to King Charles III may disrupt the status quo. News@AUC spoke with Chris Barker, assistant professor in the Department of Political Science, and Olivier Schouteden, assistant professor in the Department of History, to gain more perspective on this transition.

What was Queen Elizabeth II’s role in the UK’s political affairs, if any?

Schouteden: Elizabeth II was a constitutional monarch, the embodiment of the nation, and without much more than a ceremonial role. Elizabeth II indeed had the reputation to refrain from intervening in (or even expressing her thoughts publicly about) political affairs.

Barker: The word often used about the queen is “inscrutable.” She was careful not to politicize the monarchy. In his 1867 book The English Constitution, Walter Bagehot distinguishes between dignified and efficient parts of the constitution, arguing that the dignified part is where the power lies and that the efficient part merely uses it. In my own view, that goes too far. And while American small-r republicans will criticize the monarchy, think of the dignity they typically impute to (or require from) their president.

What impact, if any, will this transition have on global politics?

Schouteden: Through thick and thin, Elizabeth reigned for 70 years — her death leaves a considerable vacuum to fill. This challenge is heightened by the crisis the UK is currently undergoing. Four prime ministers in six years, reflecting a political instability that cannot be understated, an economic crisis fueling popular discontent and social strife, which stem from, among other factors, the combined effects of Brexit, the COVID-19 pandemic and the invasion of Ukraine.

On an international and diplomatic level, the UK in a post-Brexit era also struggles to redefine its position within Europe and on a global level. This transition could contribute to further weakening Britain – on a smaller level, some have been quick to notice the losses caused by the slowing down of the economy during national mourning.

Barker: Some countries among the 14 who retain the monarch as their sovereign will take the opportunity of the queen’s death to reconsider the value and meaning of the monarchy. Some may become republics, like Barbados did last year. Expect action on this front in the Caribbean countries anxious about the legacies of slavery and empire.

Will this have any discernible effect on the MENA region and Egypt specifically?

Schouteden: It is hard to tell so early on. But what about Charles’s position in regard to religion? Charles III seems aware that he will reign over a multicultural, multi-religious society, and this could also mean more openness to different cultures outside of Britain. Yet, there is little indication that his role in this realm will be different from that of Elizabeth II.

How would you describe King Charles’ involvement with politics during Queen Elizabeth’s reign?

Barker: The commentariat tends to describe Charles as an activist heir, and thus possibly an activist monarch, particularly on issues of importance to him, such as climate change. But Charles said in 2018 that his activism will stop when he takes the throne. The new role requires a new approach, a new restraint, and he has a model to imitate in his mother’s conduct.

Schouteden: Charles has publicly expressed his concerns regarding global warming and support for an ecological transition. He might try to stir the course of the economy in this direction, but it is unclear at this point whether ecological concerns will be given a boost in the UK because of Charles’s passionate claims for a greener world. It is worth noting that during his tenure as Prince of Wales, Charles has been criticized for his lobbying of politicians. Charles is quite savvy and more politically inclined than his mother, but we cannot overplay the impact he could have on political affairs because of the limitations discussed above.

In the past, King Charles has said publicly that if he becomes monarch, he won’t act the same way he did as an heir. Even if this is true, do you think the public’s perception of him will create challenges regardless?

Schouteden: His earlier opinions [on politics] were expressed in his own name and before his reign, not as part of the royal ideology. We can expect him to reign as Elizabeth II did. What will be demanded of him? To officiate in public ceremonies, to partake in public duties, to represent the UK abroad.

Charles is not held in such high esteem by the citizens of the UK. He is actually less popular than his son William, Prince of Wales (next in line for the throne) and his daughter-in-law Kate Middleton. But is there any reason to doubt the British peoples' sympathy for the Crown at large? I am not sure. We know of the dissatisfaction of young British people with the monarchy but this does not indicate a potential for sedition either.

Barker: Charles is probably the most overexposed heir to any throne in history. The public has had seventy years to form their opinion – apparently, this is a Guinness world record for heirs-apparent. While he may never outgrow those judgments, the question is whether those old judgments will overbalance the public’s reverence for the institution. And, perhaps more important than what he did as heir, is what he will do to prepare his own heir, Prince William, to continue to embody the dignified part of the constitution.

What would the consequences be for King Charles if he is found to be misusing his position? Can you impeach a king?

Barker: You cannot impeach a king; at most, parliaments have used the impeachment power as a tool to act indirectly against a monarch by impeaching royal ministers. However, all the lesson you need about removal from office lies in a name: Charles III inevitably reminds us of Charles I, executed for treason in 1649.

Schouteden: I would conclude by saying that the only true justification for the British Crown (especially the hereditary nature of the title) today is in its impotence! In other words, should Charles III attempt to exert more power than Elizabeth II, he would not only hit an institutional/constitutional wall, he would also probably be the subject of much ire and criticism that could end the monarchy altogether.