The House of Translation 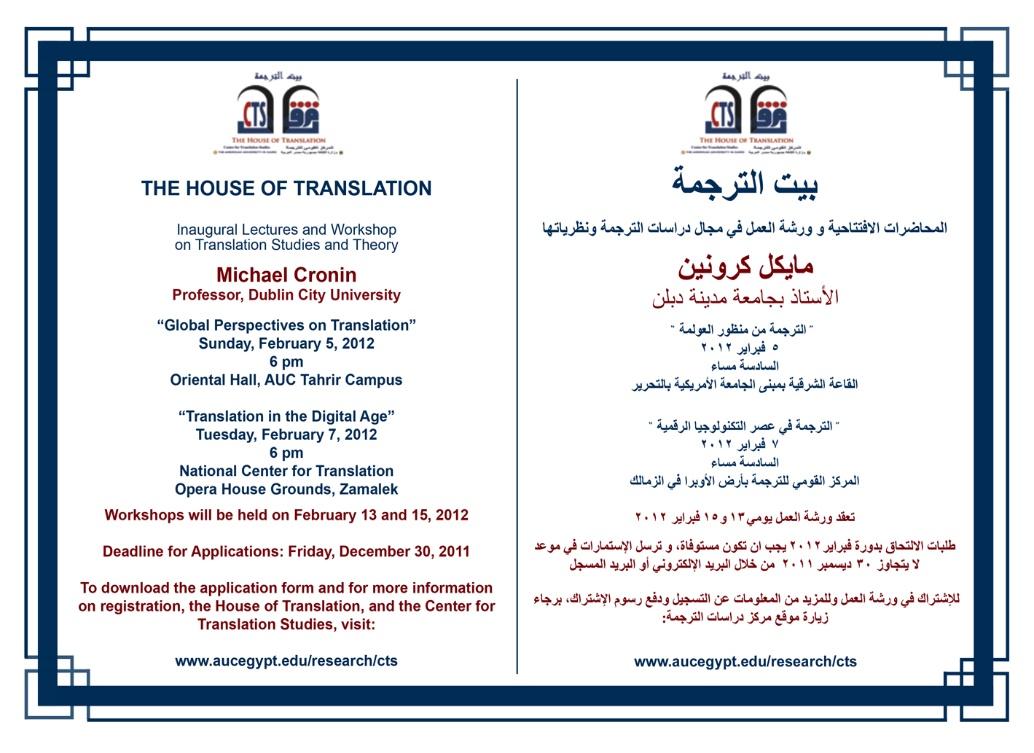 There are three cycles of lectures and workshops each year at The House of Translation with each cycle focusing on one theme or subfield in Translation Studies followed by a practical workshop. The workshops have attracted more than two hundred applicants sixty of which have been selected to attend (twenty applicants per workshop). These applicants represent a wide spectrum of participants interested in the field of Translation Studies such as Professional translator, Teaching faculty in national universities, Graduate students from national universities, and Graduate students from AUC.