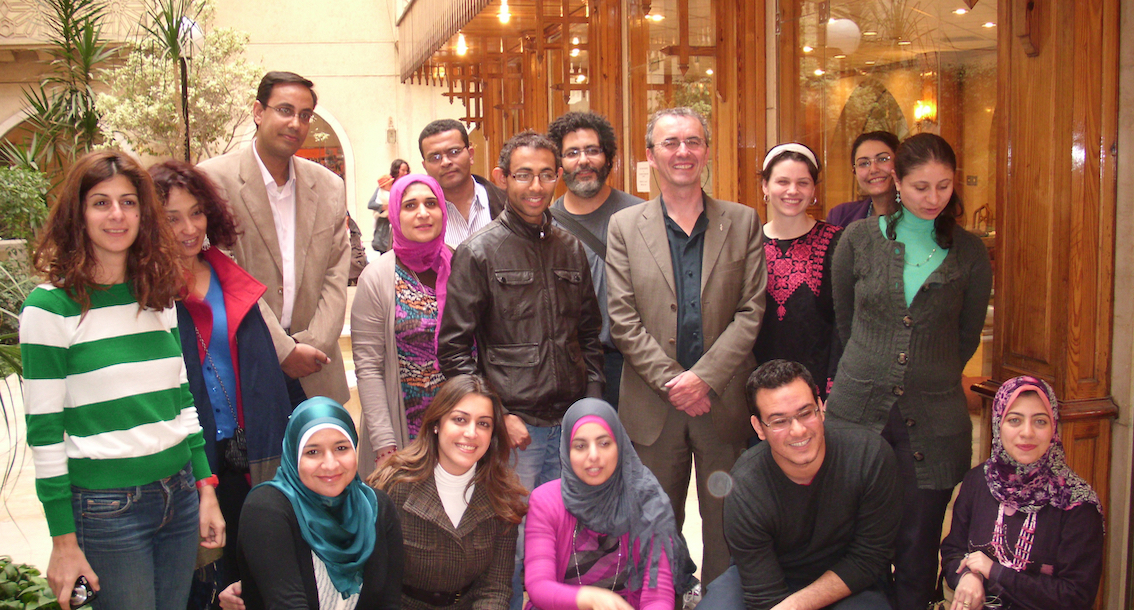 GOAL OF WORKSHOP:
1) To make translators more aware of what they do; the process of thinking of translation.
2) To show how key moments in history affect the course of translation.

• Globalization not possible without translation.
• Translators transform society and culture. Fields like philosophy, literature, history and political science wouldn’t have been available to us if it weren’t for translation.

Polysystem theorists argue that at a certain point in time, translation became the dominant polysystem because of:-
1) Language contact
2) Cultural and political fascination
3) War & diplomacy
4) Renaissance: To rediscover through translation and hence transform culture.
5)Crisis: when language feels endangered and needs to resist excessive contact with other languages OR when language is limited and unresourceful, which gives rise to the “THE GAP THEORY” where you have to go looking into other languages to fill the gaps in your own.
6) Transformation: when you translate from other languages it is with a specific goal- To make your language a major world scientific language OR  make your language fit the imperial language (Empires are inclusive. They seek to make their language universal)

• For polysytem theorists say, dominance is determined quantitively
• Other theorists such as Pascale Casanova looks at book reviews literary journals, radio and TV programs, and at how many critics speak the language to see the cultural capital attached to a particular language: Qualitative approach.

THE GATEKEEPERS:
Those who decide what works will be allowed entrance into a language. E.g. Book reviewers and critics.

TRANSLATION ECOLOGY:
What is the structure in the target culture that’s going to welcome or not welcome the other language?

Problem: Tension between time/space compression ( Movement towards instantaneous time, from airmail, to fax to the Internet) and  Durational time (the time it actually takes to work on a translation.
Instantaneity cancels durational time. Makes gaps in understanding.

CENTRIPETAL FUNCTION OF TRANSLATION: To conceive translation as a universalizing function. Move towards the global language.

CENTRIFUGAL APPROACH TO TRANSLATION: To resist universalization by translating more works into your own language.

Johannes Fabien: In his book “Time & The Other,” says that the colonial traveler is the embodiment of modernity. And by extension, his language. Through translation, texts in other languages attempt to prove they are as capable as the imperial language.

History assumes the colonized don’t have a history. An assumption that gives the colonizer the right to colonize. To fight that misconception, India, for example, translated texts from various Indian languages to prove its antiquity.

THE NETWORK: The logic of the network is the more nodes you have, the more powerful it gets. For example, if one person has a fax machine, it holds a certain value. If another person buys a fax machine and they connect, it becomes more powerful, and so on.  Therefore, the overall power of the network is larger than its parts. If you have a few connections in your network, it becomes unstable. Like if Berlitz has only one German teacher. If you have too many connections you become confused and distracted. Like if you have too many accounts on Twitter, Facebook, LinkedIn, etc..

STRANGE ATTRACTORS: Way of describing the phenomenon of temporary convergence within a network. Certain nodes in the network attract more nodes than others. Example: SDL and Berlitz are more powerful nodes within their networks because they have more translators.

ATTACHMENT: In order to keep a link with someone you have to spend time. From a translator’s POV, it is the time needed to maintain a high level of spoken, reading and writing levels.

Translation engages in 2nd order exchange for people to experience it as a 1st order.

• As these multi-nationals grow they create countless macro-networks. They all tend to go to the same schools and live in the same neighborhood. As certain languages spread establishing macro networks of dominance, others form micro-networks of resistance.

LINKING TRANSLATION TO THE POLITICAL ECONOMY:

COSMOPOLITANISM: Raises the question of how you situate translation into the above?
If we look at the impact of Hollywood as an example, there will be two ways of looking at it:

1) The infrastructure of distribution dominated by Hollywood majors.
2) It comes from a translated society. So many people of different cultural backgrounds take part in Hollywood.

NEO-BABELINISM:
Speaking different languages can cause misunderstanding. If we have a global language we can all communicate. An international language could be created through simplified grammar to allow global mobility of language.
Building tower lest we are scattered on the earth. The link between place and language: if we all speak the same language, we will remain in the same place.

• What is the difference between communication and transmission?

COMMUNICATION: a message travels from me to each person in the room in the same space and time.

TRANSMISSION: Communication of message fro one space and time to another.

• What happens to a translation as it travels through time?

INTERLINGUAL: Transmission in the same language, as in 3 people one Irish, one English and one American. Or if you’re a native speaker of English reading a 14th-century native work.

• TRANSLATIO: Latin root of translation. It meant physical movement or displacement first. Then it acquired a second meaning, movement between languages.

• There are 3 types of migrants:
1) The Global Nomad: Well-educated person who searches for opportunities elsewhere.
2) The Post-Industrialist Migrant: Who works for extremely low wages. Migrate or starve.
3) Political Refugee: Fleeing conflict.

What is the impact of migration on translation?
As Salman Rushdie puts it, the condition of many people in the world today is that if the Translated Human being. It is a part of the post-colonial experience. With 85% of the world’s land being colonized in the 19th century, translation became a universal condition.

• AUTONOMOUS TRANSLATOR: Colonizer moved to autonomous translation to where they train their own people. Example: In 17th France, Colbert, the right-hand man of Louis 16th, set an institution “Les Enfants de Langue” where French children were trained in Turkish, Arabic, or Persian, then sent to these countries. They were considered more reliable the heteronomous translators.

• What is the push factor for global migration?

• How does migration affect translation?

LINGUISTIC TURN: One of the big projects of WWII was decoding. To crack German codes and translate them into English. In that light, translation became understood as a form of applied linguistics. This came under attack because it wasn’t enough to conquer militarily. As a result, propaganda became very important. This persuasive concept of language began to feed into the CULTURAL TURN.

CULTURAL TURN: The idea that we shouldn’t treat language as a code but as an emotional and historical vessel. As a result, culture became very important in relation to translation.

• LINGUISTIC RELATIVISM: Idea that the language you speak determines how you view the world.

• Looking at migrants from a translation POV:

1) TRANSLATION ASSIMILATION: When you translate yourself into the other’s language and become fully absorbed in it.
2) TRANSLATION ACCOMMODATION: Developed out of fear that one’s whole history is endangered through assimilation. This scenario necessitates that the foreign culture integrates you while respecting your culture and language. For example, you are not allowed to arrest a foreign in your country using your own language. You have to talk to him in his own. Same applies to health services for foreigners.

• MULTICULTURALISM: Notion that there is no equality without recognition of difference. It allows people to participate equally in society by living as full human beings.
Multiculturalism came under fire because it created a set of mtually exclusive ghettos. Example, China Town, Little Italy, expats in Gulf, etc..
This criticism gave rise to INTERCULTURALISM: A more translatable model which entails that when two cultures come into contact, they are both determined. Also called DOUBLE SWING.

1) FUNCTIONAL APPROACH: When you go to a different culture where certain practices are performed differently e.g taking your shoes off when you’re invited to someone’s house in Japan. This approach becomes like a checklist of “do’s” and “don’ts.” Culture becomes static.

2) POST-STRUCTURALIST APPROACH: where intercultural contact is determined by power relations and your vision of that different culture, how it’s imagines aesthetically and historically. Still, not all cultures are translatable. There is a power differentiation.

• INTRINISIC TRANSLATION NEEDS: Where you no longer need to move yourself. The shopkeeper is Chinese, etc. Gives rise to Vernacular Cosmopolitanism.

• TRANSNATIONALISM: When one exists in a foreign country with continual contact with his own. Example: 90% of Turkish immigrants in Germany have satellite TV. As a consequence, the sense of being translated becomes more intense. You are in constant oscillation between both cultures.

• METONYMIC VIEW OF TRANSLATION: Example, “the US is not happy about this.” By US, you mean the US government.

Metaphoric view believes that one word can capture all possible meanings, whereas the metonymic is more honest, accurate, and endless.

PERIPHRASIS: Something that you have to use very carefully, because the more words the more costs.

DOMESTICATION: Bringing the foreign language into your own. It implies having a translator’s signature.

FOREIGNIZATION: Taking your own language into the foreign language.

EPISTOMIC FRAMEWORK: Overall understanding of context when translating, as opposed to literal translation.