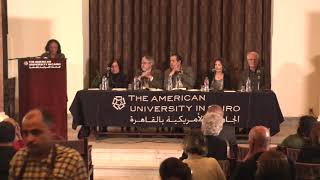 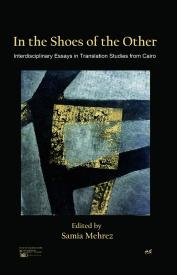 In the Shoes of the Other: Interdisciplinary Essays in Translation Studies from Cairo

In the Shoes of the Other: Interdisciplinary Essays in Translation Studies from Cairo

This anthology brings together some of the most engaging research and testimonies by leading scholars, practitioners, activists, and artists from across the humanities and social sciences, focusing primarily on the Arab world. The anthology is divided into six parts. Part I, “The Translator: Memories, Testimonies, and Reflections,” includes testimonies and reflections by major translators from Arabic into English but also French and Italian into Arabic.

Part II, “Translation, Migration, and Identity,” includes essays that dwell primarily on the relationship between translation, power, and identity in a globalized world. Part III, “Literary Translation: Challenges and Opportunities,” focuses on the shifting pressures on Arabic literature through a wide variety of literary traditions and texts. Part IV, “On Carrying Across: Languages, Cultures, and Registers,” engages multiple strategies and challenges of carrying across—from one culture to another—various linguistic idioms, registers, and metaphors, and how these travel between different languages (Arabic, English, French, Turkish, German) both synchronically and diachronically, and within different contexts of power. Part V, “Translation Across Disciplines,” includes essays that explore the political and cultural impact and value of a wide range of disciplinary translations that reassess the place and stature, within Arab culture and at a global level, of entire fields of knowledge. Finally, Part VI, “The Stage, the Screen, and the Languages In-between,” includes hands-on essays by scholars and practitioners of translation in the visual and performative fields of theatre, cinema, and dubbing and subtitling.

Samia Mehrez is Professor of Arabic Literature in the Department of Arab and Islamic Civilizations and Director of the Center for Translation Studies, American University in Cairo. 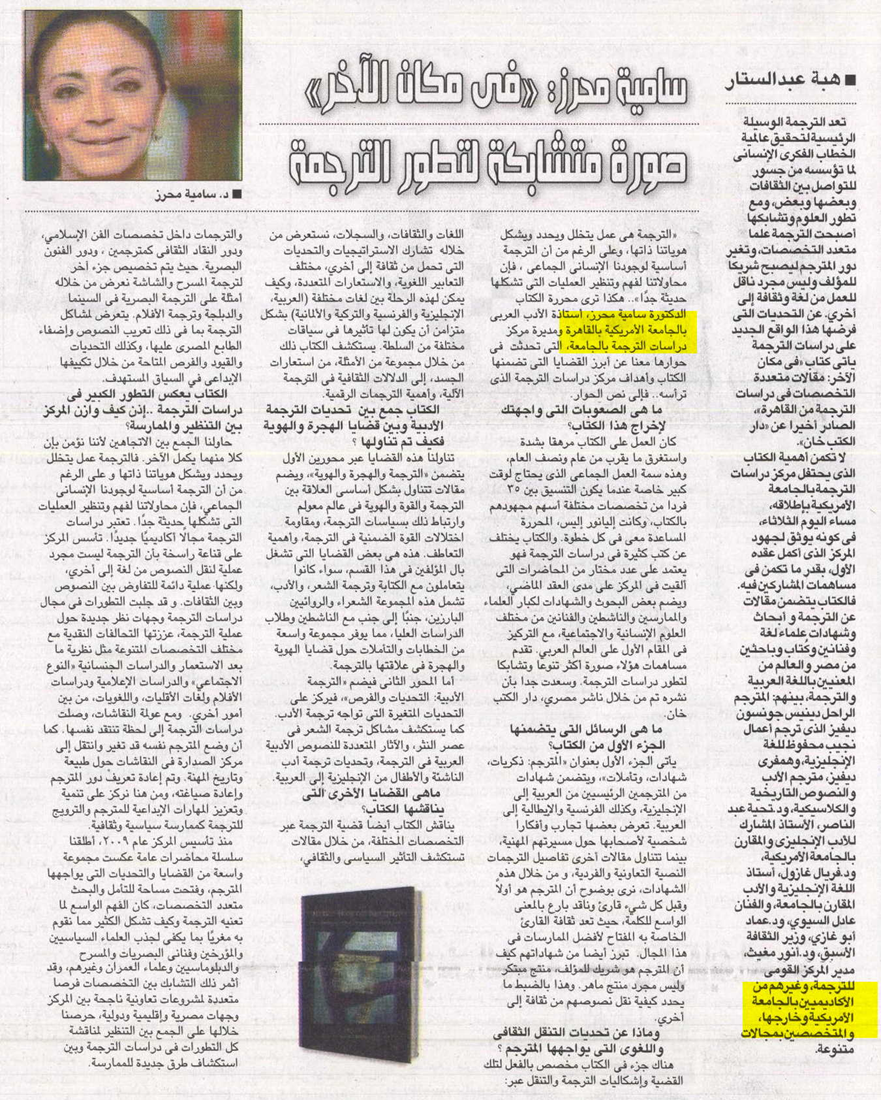 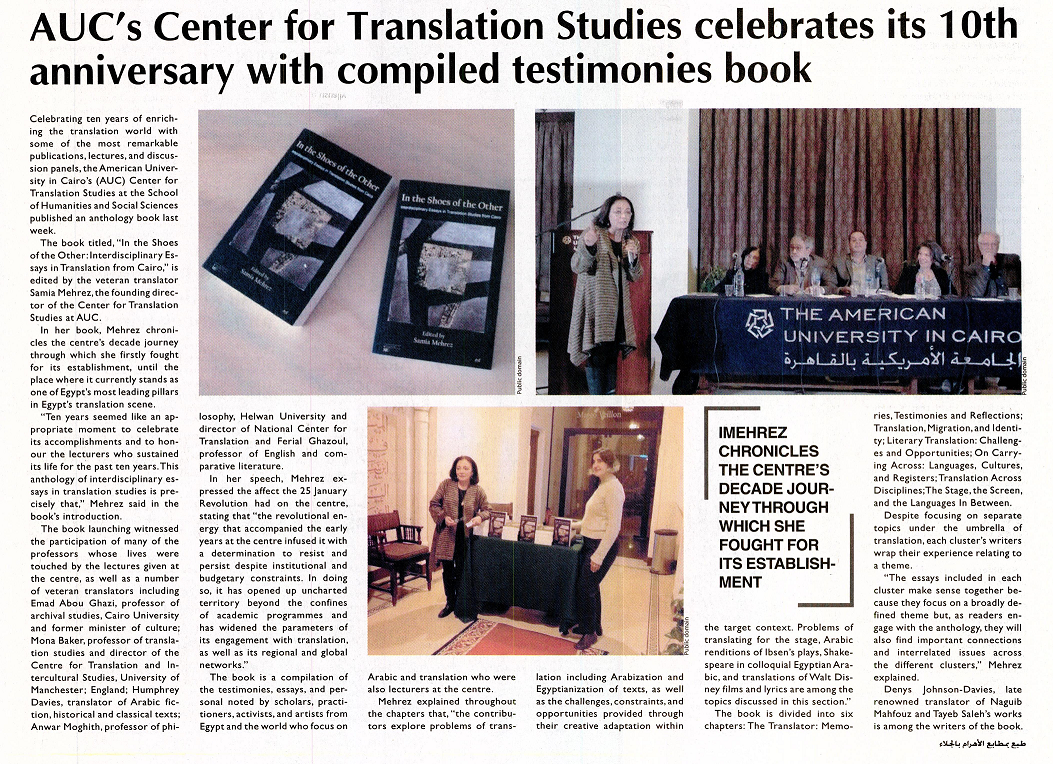 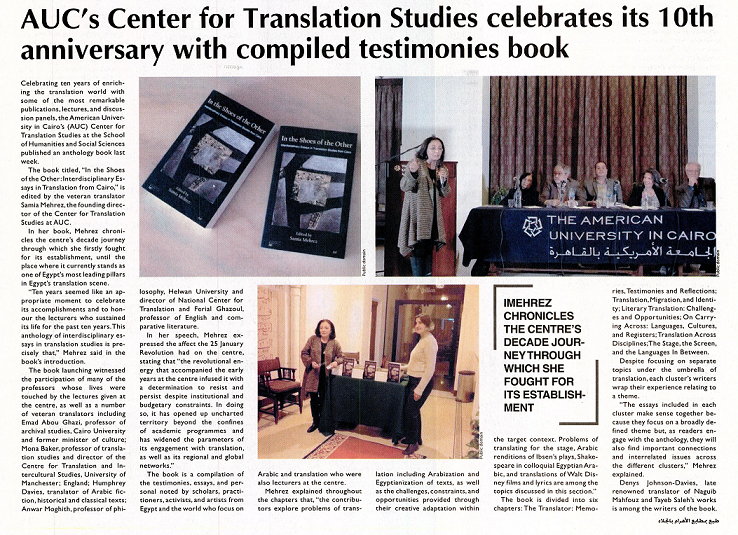